In early 2018, it was recognized that there were a lot of new startups leveraging the technology of blockchain. It was believed that such a venture would profit in the long run, thereby leading investors to invest in the ecosystem. Anticipations led to the fact that various firms would turn out to be one of the industry’s most active investors, with numerous deals backing game-changers like stablecoins startups, Crypto exchanges, and more.

Various global pioneers remained a part of the phenomenon that seems to have repeated after the first Bitcoin was mined 12 years ago. Apart from that, many companies have stepped up their investment games whenever the price of the best-known digital currency has hit all-time new highs.

Investors proceeded to pump more money into blockchain and cryptocurrency startups. During 2018, similar financing rounds approximately totaled 2.8 dollar billion across around 400 deals, being the highest on record according to information. During mid-2019, the same phenomenon followed the Bitcoin price rise. It was also termed the Crypto price innovation cycle.

What is the Cryptocurrency Price Innovation Cycle?

The cryptocurrency price innovation cycle can be referred to as something when Bitcoin and additional digital coins increase in value followed by sensational news reports, thereby leading developers and entrepreneurs to take interest and venture capitalists look forward to investing in them.

What Happened Since Last Month?

Since the last month, Bitcoin has effectively managed to trade above 30000 dollars. It is unclear about its lasting period and the impact it might bring on startups, however, investors remain hopeful that history is going to repeat itself. It is anticipated that lots and lots of entrepreneurs will be coming into the cryptocurrency space.

With momentum building up already in place, the recent spike in Bitcoins price has coincided with the strongest quarter for blockchain startups and cryptocurrency startups since the last few months of 2018, thereby totaling 702 million dollars in 2020, according to reports. After October, Bitcoin’s price has increased its value from 11000 dollars to more than 47185.30 dollars. As the products of various blockchain startups are attached to the importance of cryptocurrencies, the rise of utility coins along with Bitcoin can directly change the outlook for such start-ups.

Public investors soon are likely to be able to get in the action too. Organizations have unveiled their plans for direct listings and various rival exchanges are looking forward to going public in the upcoming days. A surge in Bitcoin’s price is followed by increased interest among institutional investors along with wider access to the cryptocurrency market in general, thereby making retail investors buy digital currencies on various platforms, hence eliminating the requirement for people to develop accounts through dedicated Crypto exchanges.

Looking ahead, many cryptocurrency investors say that the startups are likely to benefit from the latest technological improvements and developing applications. The most promising blockchain applications are likely to come with an intuitive user experience along with a clear technological edge, thereby leading to advantage by leverage in cryptocurrency.

How Can HR Managers Leverage T.. 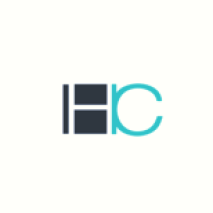 Can Blockchain Trigger a Transformation as Massive as the Internet?